A guest blog by Amanda Kotchie and Robert Spillane

Not unlike buyer ability to realize immediate cash flow when considering the purchase of a practice, they are also absolutely driven by status and the basic optics of any investment. Many of our clients have mature or outdated practice facilities, so during the course of their appraisal we make suggestions regarding aesthetic improvements and are often met with push-back.

Often clients are reluctant to take the time or invest in the capital needed to update, purely because they are at the later stage of their career. While they know the practice needs upgrading, they just have no desire to expend the energy and shoulder the burden of the cost.

Unfortunately, this decision has a large impact on the all-important “first impression” of today’s buyers, and first impressions should never be underestimated. Buyers can often be won or lost based on the “gut feeling” they get when they first clap eyes on a space, and it can be hard for someone to look past perceived aesthetic short comings. Purchasers today prefer modern practices, but even a mature practice can be aesthetically and cosmetically improved at a much lower cost than most owners think.

One of the most common defenses we hear is that owners don’t want to alert staff of a possible sale. Making sudden changes to the space can leave room for a potential “What’s up, doc?” conversation, but sometimes the answer is as simple as staff participation. Hold a huddle, tell your team that it’s time for some “spring cleaning”, and then ask for their suggestions. This will alleviate the raised eyebrows that would undoubtedly follow if instead they came in on a Monday morning and everything looked different.

While we understand that nobody wants to alert their staff at the early stages of offering a practice for sale, the result of not making even the smallest of aesthetic changes is usually a lower appraised value and, consequently, a lower sale price.

In one recent instance, our client had enjoyed a unique practice configuration for many years which worked perfectly for his needs and also made staff and patients comfortable. We examined the facility and appraised it as it was, but made a number of recommendations regarding structural and cosmetic improvements which would cost between $30,000 and $40,000. Our client did not want to alert his staff or expend the time, energy and money required to complete the renovation, so we moved forward as it was.

We brought in a number of purchasers to examine the practice and most remarked, as predicated, that significant expenditure would be required to modify the open concept, dated cabinetry and older equipment to their intended use. Several offers to purchase the practice were presented, and each one of them revealed the potential purchaser’s reservations about disruption to the practice after closing the sale, as well as whatever costs would be incurred to update the facility.

Eventually our client was persuaded to invest in a minor renovation, which totaled about $15,000. Buyers were then reintroduced to the practice and most were impressed, stating that although they still anticipated the need for further improvement, it was certainly more appealing. This decision then garnered offers that the vendor felt were much more acceptable.

Throughout multiple decades dealing with buyers, we have identified that their decision to make an offer generally starts when they decide they can envision themselves in that space. In the end, it might not be something you want to do, but much like preparing a home for sale, staging and/or cosmetic repositioning is crucial. It will yield positive first impressions from today’s young purchasers which, in turn, may result in an offer that covers the cost you invested to make those changes, and then some.

[su_box title=”Bottom Line: “]This article argues in favour of a vendor upgrading his/her practice facility in order to generate a positive first impression of the practice resulting in a higher selling price.[/su_box] Amanda Kotchie has been working with ROI Corporation for nearly 5 years, visiting and appraising the assets of dental practices across the country. She also has well over a decade of experience in the customer service and sales industries, which have given her valuable skills that she has transitioned into her role at ROI Corporation, Brokerage. She can be reached at 905.464.4851 or [email protected] Robert Spillane is an associate for ROI Corporation, Brokerage. He has 10 years of international experience in HR Consultancy and Client Relationship Management. Rob has collaborated with the full spectrum of corporate structure, from sole proprietors to enterprise level organizations. This exposure lends itself very well to transitioning medical practitioners out of ownership and into the next phase of their professional career. He can be reached at 647.622.5102 or [email protected] 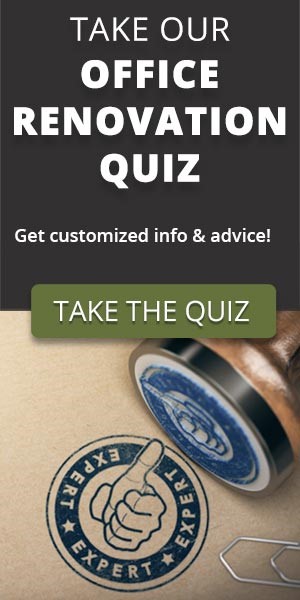